We can learn a lot from observing how animals relate to one another. Take, for instance, dolphins. Did you know they will cooperate when they’re hunting for food? You might see dolphins slapping their tails in order to scare fish out of the water and right into their partners’ mouths. Dolphins are smart. With their… Read more »

From 1964 to 1967 NBC broadcast a TV show about a lovable dolphin named “Flipper” who would interact with Porter Ricks, the Chief Warden at fictional Coral Key Park and Marine Preserve in Florida. If you ask a person to name a famous dolphin, inevitably they’ll recall the name Flipper, who has also been the… Read more » 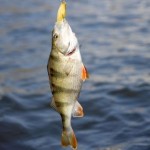 Planning a trip to Virginia Beach during November or December this year? Our half-day charter fishing trips continue through the end of December. A beautiful and relaxing place to visit throughout the year, there is plenty to do in Virginia Beach during the fall and winter months. Enjoy a morning or afternoon with Dockside Fishing… Read more » 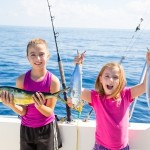 Fall is here and with it comes some of our favorite fishing weather! A nice breeze makes for an enjoyable morning or afternoon out on our boat with average temperatures in the mid 70’s. So what should you pack for a fall fishing trip with Dockside Fishing Center? Protection from the Sun Even though the… Read more »

The Chesapeake Bay region is a well-known tourist destination with a long and unique history. Home to Native American tribes for thousands of years, over 24,000 people lived in the area by the 1500s. It was not until 1524 that Europeans entered the region with the visit of Italian caption Giovanni da Verrazano and his… Read more »

Planning a fishing trip or dolphin excursion with Dockside Seafood & Fishing Center? Remember to plan for the sunny weather! The sun is hottest near midday, so be sure to apply and reapply your sunscreen while out on the boats. Follow these tips to stay comfortable and sunburn free during your Virginia Beach vacation: Sunscreen… Read more »

Dolphins are amazing creatures that are known to help other animals and even humans! There are some great examples of this throughout history. Here are a few of our favorite stories: Fishing in Laguna, Brazil In Laguna, Brazil a group of local dolphins have been aiding fisherman for generations. Out of the large pod of… Read more » 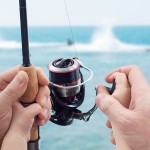 When the adults go out fishing they know exactly what they need. Typically a Fishing pole, bait and some food will be sufficient. Taking kids out fishing is a different story. Fishing can be a great way for you and your child to bond and make memories together. It can be a time… Read more »

Fishing is a past time that many enjoy, but just like all those other hobbies, there are many rumors that float around that are simply not true. Here are some clarifications on some popular myths.   There are plenty of fish in the water. This one would seem to make sense- you see people tossing… Read more »

Many anglers know that all types of weather affect fish and their behaviors.  As the conditions change, the fish do as well.  Fish are incredibly sensitive to weather patterns and pressure fronts.   The weather ahead of cold fronts will lead to great fishing conditions due to the low pressure in the air.  When fish… Read more »